“It begins with a guitar riff that’s almost martial in its call. Then a howl of ‘Nothin’ for us in Belfast, The Pound so old it’s a pity, OK, there’s the Trident in Bangors’, before it speeds up to the chorus of ‘Get an Alternative Ulster, Ignore the bores and their laws’ that has helped make it one of the best known songs of defiance, boredom and youthful anger. Belfast’s Stiff Little Fingers released their second single ‘Alternative Ulster’ in 1978 at the height of the Northern Irish ‘Troubles’. Police brutality and sectarian terrorist violence was part of daily life and there were few places for a young band to play. Singer and guitarist Jake Burns, guitarist Henry Cluney, bassist Ali McMordie, and drummer Brian Faloon, started the band a year earlier from the development of a cover band Highway Star, named after the Deep Purple song. …”
Talking “Alternative Ulster” With Stiff Little Fingers’ Jake Burns (Video)
Alternative Ulster: how punk took on the Troubles (Video)
YouTube: Alternative Ulster (Rockpalast ’80), Alternative Ulster, 78 RPM 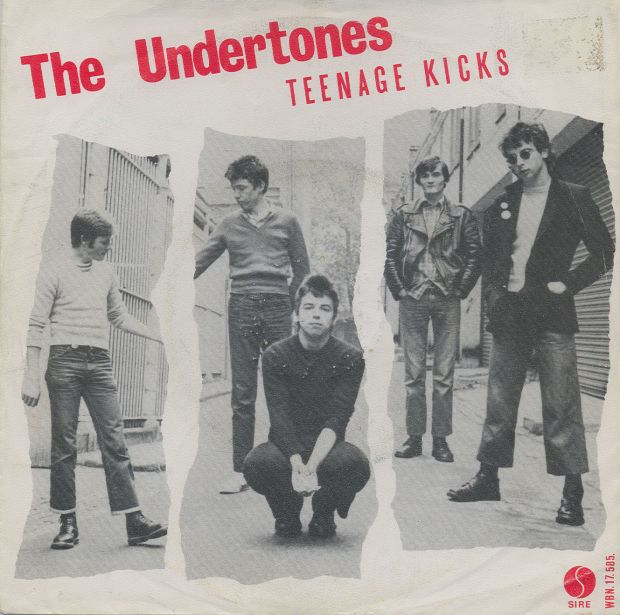 “I never really liked the title Teenage Kicks. It’s the ‘kicks’ bit that still jars with me – not a word that we ever used and one I thought a bit too corny to put in a song. But then we never really expected much of it when John [O’Neill] played it for us in The Pit. The only bit of the creative process I remember was Billy [Doherty]’s drum intro, the ‘doot-n-doot-n’ which I am sure he nicked from another song we were trying to learn. Come on, what do you expect when some songs leave their intros lying around, not even locked? They’re just asking to be taken and stuck at the front of punk songs. The first time anyone outside the band mentioned Teenage Kicks was in the Casbah [in Derry], when someone standing at the bar named it as our ‘big song’. This was at least three months before we were in Wizard [Sound Studios, Belfast] so obviously someone spotted its potential. I was surprised that anyone could even work out what our songs were called, the way we sometimes introduced them. …”
Guardian: The story of Teenage Kicks: how a punk classic was born (Video/Audio)
SOS
W – Teenage Kicks
Genius (Audio)
YouTube: Teenage Kicks, True Confessions, Smarter Than U, Emergency Cases