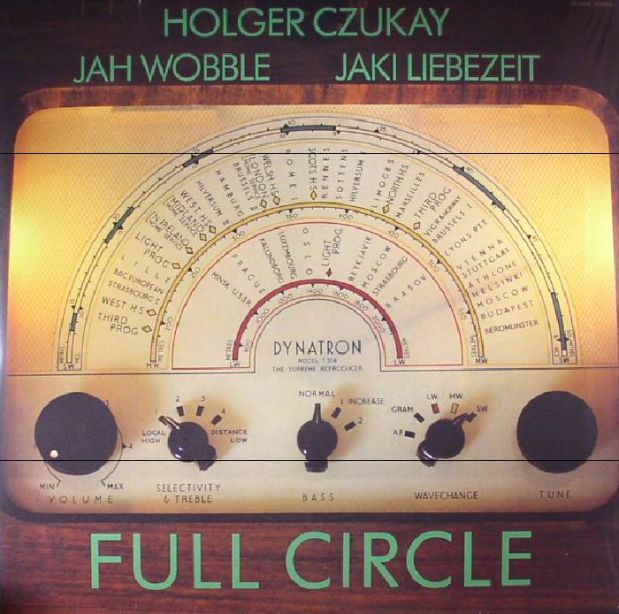 “Upon examining the eventful life of Can bassist Holger Czukay, one might come to the conclusion that this intrepid musician was a loner. His turbulent career exuded an enduring eccentricity governed by a boundless free spirit. Yet Czukay, who passed away unexpectedly last year at the age of 79, constantly emphasized that his creativity was always contingent upon a musical partner, whether that was a skin-and-bones counterpart or an anonymous manifestation that interacted with him through radio waves or, as happened later, the internet. Nonetheless, most of his partners were of flesh and blood. His oeuvre, which is in itself cinematic in nature, boasts a cast worthy of a Martin Scorsese film. Only the most interesting character actors were cast: Brian Eno, Phew, Rolf Dammers, David Sylvian, Annie Lennox, Jah Wobble, his Can bandmates. The list could go on and on. Many of these masterpieces are now out of print, so Groenland Records, which already released the highly acclaimed retrospective Cinema to mark the occasion of Holger’s 80th birthday at the beginning of the year, has taken it upon itself to release reissues of Holgers music in order to make it accessible once again.”
Stranded Records
W – Full Circle
Boomkat (Audio)
YouTube: Full Circle 4 videos

“In 1977 Holger Czukay left Can, the band he was part of since its inception in 1968. After acting as the bass player for the band on the classic albums they released in the beginning of the 70s, he moved to a role similar to Brian Eno’s on Roxy Music’s first albums, manipulating tapes and producing sounds via short wave radios and other sources. In 1978 he labored on an album that immediately upon its release in 1979 became a hugely influential recording for many artists due to its unique use of sampling. The art of sampling in musical recordings existed long before Holger Czukay recorded the album Movies, on which the addictive Persian Love appears. Modern composers including Terry Riley, Steve Reich and Karlheinz Stockhausen, with whom Czukay studied in the mid 60s, have all composed music that used tape loops along with other traditional instruments as far back as the 50s. Some of these compositions went farther and comprised solely of loops and electronic devices. …”
The Music Aficionado (Video)
Discogs
YouTube: Persian love