“On a Saturday afternoon in early June, the sidewalk outside the historic TLC Chinese Theatre in Hollywood is teeming with street performers dressed as pop culture icons. Spider-Man, Marilyn Monroe and Elvis mingle with tourists. A man in an old-timey paper hat sells popsicles from a cart, standing atop a courtyard embedded with cement handprints from the likes of Steven Spielberg and the Marx Brothers. Meanwhile, in the lobby of the theater, dozens of people are lining up to see a documentary about a band of timeless figures of a more underground stripe. The movie is called Theory of Obscurity: A Film about The Residents, and as the title suggests, it covers the sprawling, 40-plus year history of one of America’s weirdest musical groups. Based out of San Francisco, The Residents moved from humble beginnings in their hometown of Shreveport, Louisiana, and became celebrated for their groundbreaking experiments in avant-garde music, electronic composition, sonic storytelling, and multimedia. Throughout, the Residents have rejected the usual trappings of the rock star persona, opting instead to preserve their mystique and independence through anonymity, misdirection and giant eyeball-and-top-hat masks. …”
Red Bull Music Academy Daily (Video)
The Quietus: The Strange World Of… The Residents – Homer Flynn Interviewed (Video) 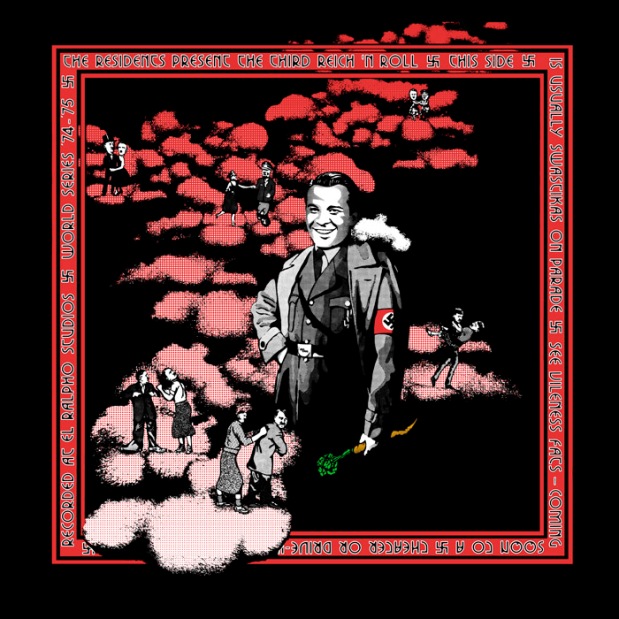 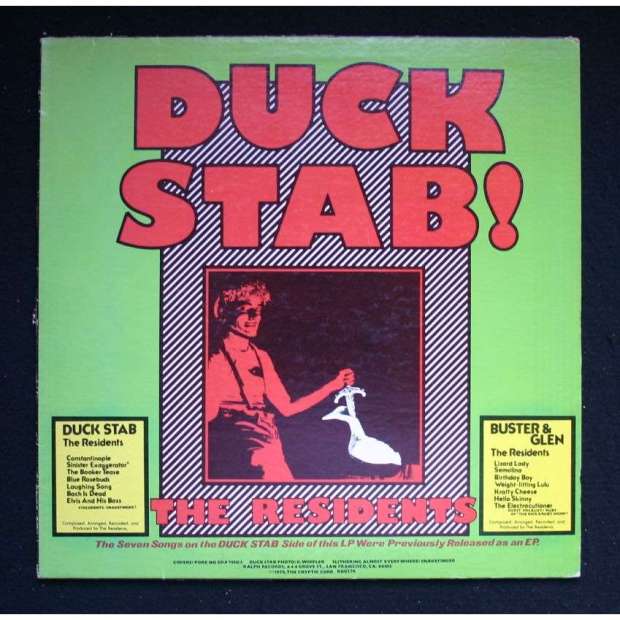 “Duck Stab!/Buster & Glen, later renamed as just Duck Stab, is the fifth studio album by The Residents, released in November 1978. It is named after the first side of the album, Duck Stab!, a seven-song EP released earlier in 1978 featuring shorter songs similar to the first side of Fingerprince. Buster and Glen, the B-side of the album, was intended to follow Duck Stab! presumably in early 1979. After the first pressing of Duck Stab! quickly sold out—which was an oddity for the band—they decided to re-release it as an album, merged with the unreleased Buster and Glen. This was also in part due to the audio quality of the original EP, which The Residents stated was poor. The shorter length of the songs made the album more accessible for fans who had recently heard ‘Satisfaction’, and songs like ‘Constantinople’ and ‘Hello Skinny’ helped cement the band’s cult following. This album features guitar by Philip ‘Snakefinger‘ Lithman. The album was reissued in 2018. It was digitally remastered, and included extra live, rehearsal, unreleased and reimagined tracks. It was released within a six panel digipack sleeve bringing the total of songs to 40. …”
Wikipedia
The Residents – Duck Stab/Buster And Glen – Album Review (Video)
Discogs
YouTube: Duck Stab / Buster & Glen [FULL ALBUM]