“New York Dolls is the debut studio album by the American hard rock band New York Dolls. It was released on July 27, 1973, by Mercury Records. In the years leading up to the album, the New York Dolls had developed a local fanbase by playing regularly in lower Manhattan after forming in 1971. However, most music producers and record companies were reluctant to work with them because of their vulgarity and onstage fashion; the group later appeared in exaggerated drag on the album cover for shock value. After signing a contract with Mercury, the New York Dolls recorded their first album at The Record Plant in New York City with producer Todd Rundgren, who was known for his sophisticated pop tastes and held a lukewarm opinion of the band. Despite stories of conflicts during the recording sessions, lead singer David Johansen and guitarist Sylvain Sylvain later said Rundgren successfully captured how the band sounded live. Their music on the album incorporated carefree rock and roll, Brill Building pop influences, and campy sensibilities, while Johansen’s colloquial and ambiguous lyrics explored themes of urban youth, teen alienation, adolescent romance, and authenticity. …”
Wikipedia
New York Dolls ‘Personality Crisis’ | Classic Tracks
Album Histories Monthly: New York Dolls – ‘New York Dolls’
iTunes
YouTube: The Midnight Special – Personality Crisis, Musikladen – Pills, Trash, Looking for a Kiss, Bad Girl, Jet Boy, Subway Train 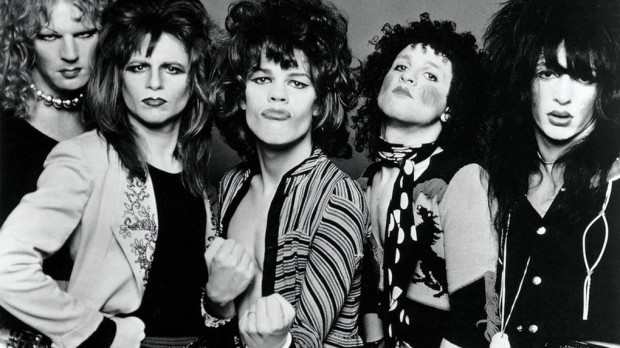