“In many ways, it’s impossible to overestimate the impact of Hüsker Dü‘s Zen Arcade on the American rock underground in the ’80s. It’s the record that exploded the limits of hardcore and what it could achieve. Hüsker Dü broke all of the rules with Zen Arcade. First and foremost, it’s a sprawling concept album, even if the concept isn’t immediately clear or comprehensible. More important are the individual songs. Both Bob Mould and Grant Hart abandoned the strict “fast, hard, loud” rules of hardcore punk with their songs for Zen Arcade. Without turning down the volume, Hüsker Dü try everything — pop songs, tape experiments, acoustic songs, pianos, noisy psychedelia. Hüsker Dü willed themselves to make such a sprawling record — as the liner notes state, the album was recorded and mixed within 85 hours and consists almost entirely of first takes. That reckless, ridiculously single-minded approach does result in some weak moments — the sound is thin and the instrumentals drag on a bit too long — but it’s also the key to the success of Zen Arcade. Hüsker Dü sound phenomenally strong and possessed, as if they could do anything. The sonic experimentation is bolstered by Mould and Hart‘s increased sense of songcraft. Neither writer is afraid to let his pop influences show on Zen Arcade, which gives the songs — from the unrestrained rage of ‘Something I Learned Today’ and the bitter, acoustic ‘Never Talking to You Again’ to the eerie ‘Pink Turns to Blue’ and anthemic ‘Turn On the News’ — their weight. It’s music that is informed by hardcore punk and indie rock ideals without being limited by them. ”
allmusic
Make Mine a Double #2: Husker Du’s “Zen Arcade” (Video)
Something I Learned Today: A Review of Hüsker Dü’s Zen Arcade
W – Zen Arcade
YouTube: Zen Arcade [1984, FULL ALBUM] 1:10:20 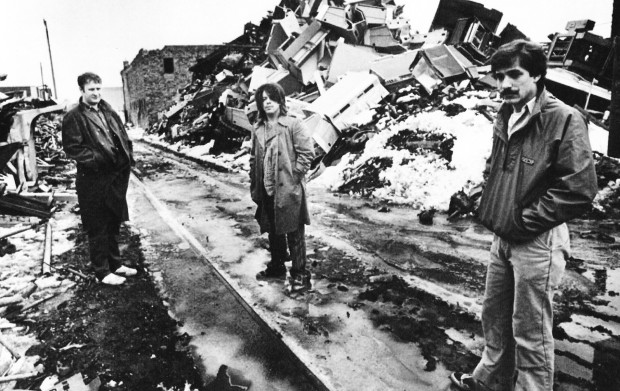