“In New York in the late ’70s & early ’80s, the Bush Tetras blazed brightly in the sweaty clubs of the Lower East Side, playing music that was a blend of funk rhythms & dissonant guitar riffs. Lead guitarist Pat Place had been the original guitarist & one of the founding members of the No Wave band The Contortions. With the Bush Tetras, she continued to pursue some of the musical ideas she had explored in that band, themes of driving rhythm & nihilistic trance…hypnotic, tribal, & dirty. Together with vocalist Cynthia Sley they produced the most distinctive aspects of the Tetras sound. Sley’s half-spoken, half-sung vocals, often repeating simple phrases over & over again, creating a hypnotic monotony similar to Place’s guitar rhythms. The Bush Tetras toured with the Clash & struck up a friendship with Topper Headon that lead to his producing this, the Rituals ep on Stiff Records in 1981. The Bush Tetras on Rituals were: Cynthia Sley – vocals; Pat Place – guitar; Laura Kennedy – bass; & Dee Pop – drums. …”
Digitalmeltd0wn
YouTube: Can’t Be Funky, Funky Instrumental, Cowboys in africa, Rituals 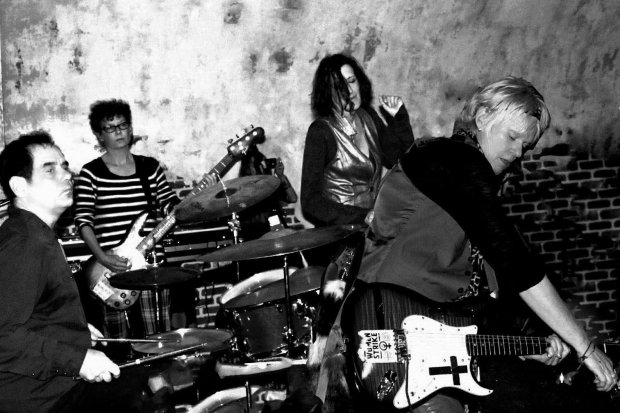