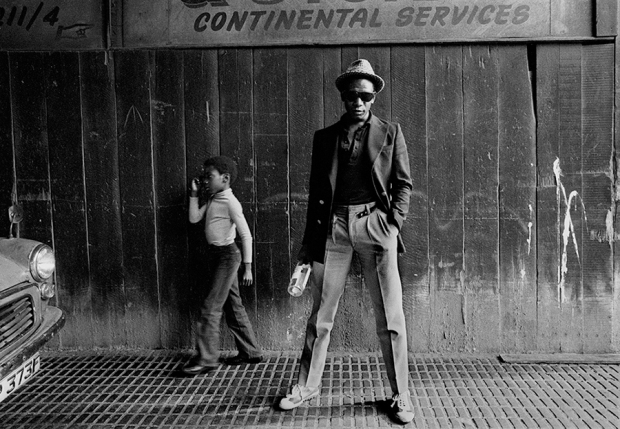 Bagga, 1979
“… I became involved with Rock Against Racism after the Battle of Lewisham in southeast London in 1977. This was when a racist march by about one hundred National Front supporters was met with five thousand antiracist activists who had traveled down from all over the country. The Metropolitan Police were determined that the National Front be able to march, so they deployed a quarter of their force, suited with riot gear. This was the first time the police in Britain were militarized, and the officers’ use of riot shields really shifted the goalposts for activists—we were up against something different now. At the same time, Eric Clapton had just delivered a horribly racist tirade onstage, in support of Conservative politician Enoch Powell’s ‘rivers of blood’ speech. We realized we needed to grab the headlines to counter the right-wing media’s high profile, and our first major event was a carnival in April 1978—a huge concert in the Victoria Park in Tower Hamlets. We didn’t want it to just be a free rock concert, though; we wanted it to be a demonstration. …”
ARTFORUM
Guardian – Rock Against Racism: the Syd Shelton images that define an era
Interview – Syd Shelton
Rock Against Racism: Syd Shelton’s photographs of a movement in 1970s Britain
W – Rock Against Racism
vimeo: Archive in Focus: Syd Shelton, Rock against Racism 7:19 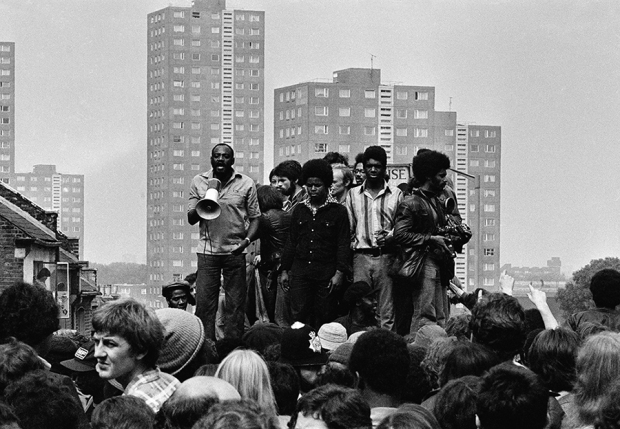 Darcus Howe (with loudhailer) addresses a crowd from on top of a toilet block, 1977.