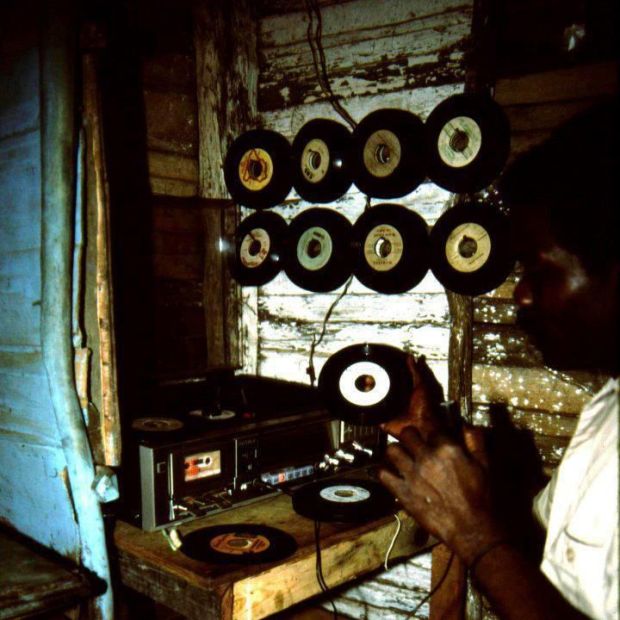 “Founded in 1978, Lovely Music is one of the longest-lived and most distinctive independent labels active in the recording and promotion of new American music. According to label founder Mimi Johnson, the label is ‘dedicated to releasing the best in avant-garde and experimental music, from electronics and computer music to new opera and extended vocal techniques.’ Placing emphasis on the artist’s intent, Lovely Music recordings are always composer-supervised and produced. The record label was founded by Johnson as an adjunct to the activities of Performing Artservices, Inc., a non-profit organization dedicated to the management and administration of American avant-garde artists working in the fields of music, dance and theater. When these artists were not able to get their music out to the record-buying public, Lovely was put forth as a solution. …”
Lovely Music: About
Lovely Music
W – Lovely Music
Discogs 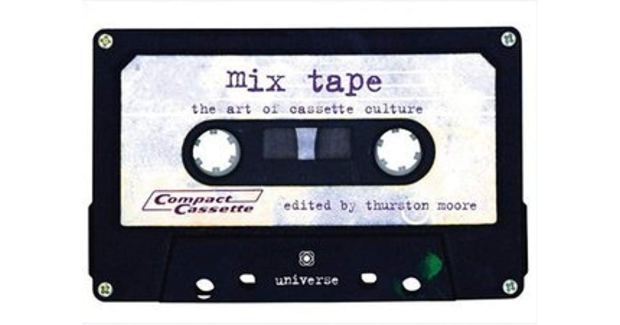 “The stories are endless. There is the guy who in college used the same mix tape to impress three different girls — his girlfriend, a fling and a prospective second fling — simultaneously and got away with it. There is the 13-year-old whose musical existence was shaken out of a Sex Pistols-Beatles bipolarity by mix tapes from cooler, older friends. There is the guy who made a romantic tape called ‘You Best Believe I’m in Love’ with nothing on it but New York Dolls songs. In retrospect, the era of the mix tape — which began not long after Philips unveiled the audiocassette in 1963, crescendoed throughout the ’80s and probably peaked in the early ’90s — looks like a vast, unintentional folk art movement. Nearly every music-loving teenager in the country participated. Think of it this way: If every kid who spent a Saturday afternoon making a mix tape over the past 25 years had instead spent that time painting, sculpting or writing poetry, the ’80s and ’90s would be known as a period of unbridled renaissance in American outsider art. Now that era is over, the hours of tape-deck labor replaced by the drop-and-click production of the iPod playlist. At least that’s the sense one gets from ‘Mix Tape: The Art of Cassette Culture.’ Edited by Sonic Youth frontman Thurston Moore, ‘Mix Tape’ claims to be the first book wholly devoted to mix-tape culture. …”
Salon
W – Mix Tape: The Art of Cassette Culture
Wired: The Best 90 Minutes of My Life
NPR – The Mix Tape: Art and Artifact (Audio)
amazon 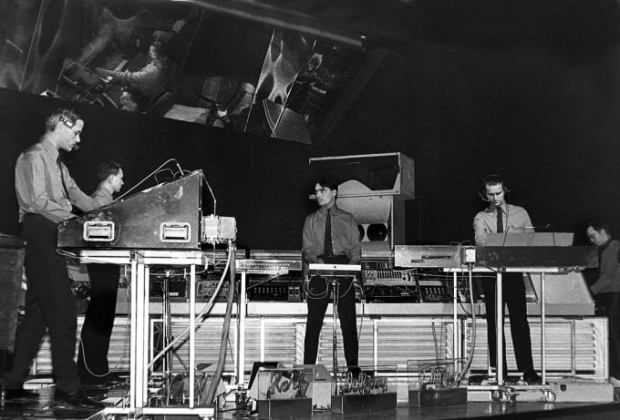 “In a New York City nightclub, a skinny little Caucasian whose waterfall hairstyle and set of snout and lips make him look like a sullen anteater takes the stage, backed up by a couple of guitarists, bass, horn section, drummer and bongos. Most of his back-up is black, and they know their stuff: it’s pure James Brown funk, with just enough atonal accents to throw you off. The trombone player, in fact, looks familiar, and sounds amazing: you look a bit closer, and of course, that’s Joseph Bowie, bother of Lester, both of them avant-garde jazzmen of repute. But then the anteater begins to sing, in a hoarse yowl that sounds more like someone being dragged naked through the broken glass and oily rubble of a back-alley than even the studied abrasiveness of most punk rock vocalizations. The songs are about contorting yourself, tying other people up and leaving them there, and how the singer doesn’t want to be happy. After a while he picks up an alto sax, and out come some of the most hideous flurries of gurgling shrieks heard since the mid-Sixties glory days of ESP-Disk records. The singer/saxophonist’s name is James Chance, and you have been watching the Contortions. Across town in another club, what looks like the standard rock ‘n’ roll lineup saunters onto a stage set right in the floor, making it impossible for anybody in the room except those at the very front to see. …”
Not Bored

“The jazz world came out last week to mourn the loss of Ornette Coleman, the  saxophonist, band leader, and composer, who died on Thursday at the age of 85. Coleman was lauded as a rule-breaker and visionary who, despite initially hostile reactions from many of his peers, moved jazz past bebop conventions and into the ‘free’ explorations of the 1960s and beyond. Without Coleman, John Coltrane’s final years might have sounded very different, as would Miles Davis’ electric period, and the entire free-improvisation world down to today. … What helped make Coleman more broadly significant is that his revolution radiated beyond the boundaries of jazz to young seekers through the decades in every musical form. Musicians are widely aware of this, as reflected in the list of performers at a tribute concert in Brooklyn in 2014 that would turn out to be his last performance, who included Patti Smith, Laurie Anderson, Thurston Moore of Sonic Youth, Nels Cline of Wilco, members of Morocco’s Master Musicians of Jajouka, and even Flea of the Red Hot Chili Peppers. But non­–jazz listeners tend to be less cognizant of it. …”
Slate (Video)

“Marquee Moon is the debut album by American rock band Television. It was released on February 8, 1977, by Elektra Records. In the years leading up to the album, Television had become a prominent act on the New York music scene and generated interest from a number of record labels, eventually signing a record deal with Elektra. The group rehearsed extensively in preparation for Marquee Moon before recording it at A & R Recording in September 1976. It was produced by the band’s frontman Tom Verlaine and sound engineer Andy Johns. For Marquee Moon, Verlaine and fellow guitarist Richard Lloyd abandoned contemporary punk rock‘s power chords in favor of rock and jazz-inspired interplay, melodic lines, and counter-melodies. Verlaine’s lyrics combined urban and pastoral imagery, references to Lower Manhattan, themes of adolescence, and influences from French poetry. He also used puns and double entendres to give his songs an impressionistic quality in describing his perception of an experience. Marquee Moon was met with widespread acclaim and was hailed by critics as an original musical development in rock music. …”
Wikipedia
Television’s Punk Epic “Marquee Moon,” 40 Years Later (Video!!)
Inside the Song: Television Shines Under the ‘Marquee Moon’ (Video)
How Television Made ‘Marquee Moon,’ the Best Punk Guitar Album Ever
YouTube: Marquee Moon full Album 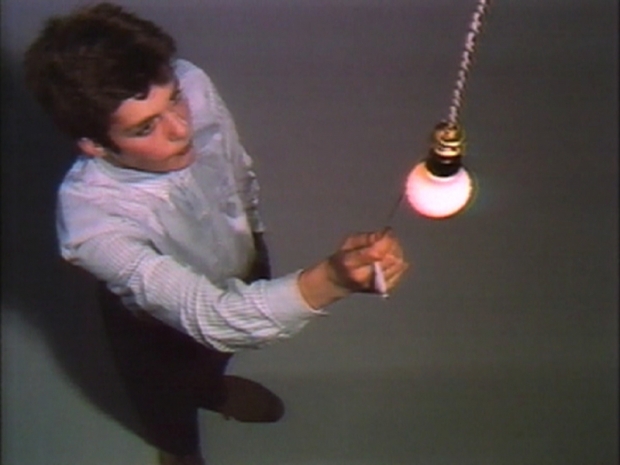 “… This is a terrific document of the group shortly after the 2nd album release. They play the 2nd album in it’s entirety as well as most of the first album. It’s b&w, but well lit, good audio and every second of it is here. The original lineup (they look so young!) bursting with creativity on their first tour as headliners. Fred Schneider – vocals, keyboards, glockenspiel, various toys. Cindy Wilson – vocals, percussion. Ricky Wilson – guitar. Kate Pierson – vocals, keyboards, bass. Keith Strickland – drums.”
YouTube: The B-52’s – Full Concert – 11/07/80 – Capitol Theatre 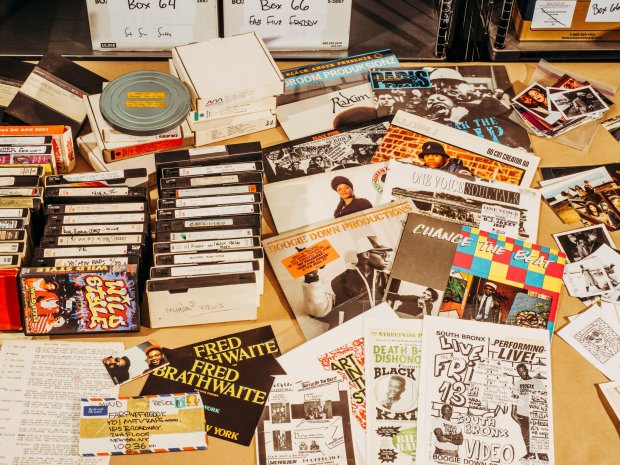