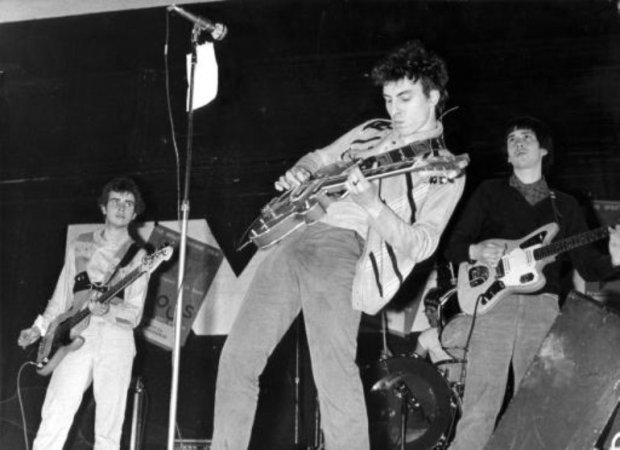 “Subway Sect to end the week – Their first session for John Peel, recorded on October 17, 1977 and first broadcast on October 24th of that year. Subway Sect were one of the first British punk bands. Although their commercial success was limited by the small amount of recorded material they released, they have been credited as highly influential on the Postcard Records scene and the indie pop genre which followed. The core of the band was singer-songwriter, Vic Godard, plus assorted soul fans, who congregated around early gigs by the Sex Pistols until Malcolm McLaren suggested they form their own band. Subway Sect were among the performers at the 100 Club Punk Festival on Monday, 21 September 1976 – sharing the bill with Siouxsie and the Banshees, The Clash and the Sex Pistols. The first line-up of Godard on vocals, Paul Packham on drums, Paul Myers on bass and Rob Symmons on guitar lasted for 4 gigs before Mark Laff replaced Packham. …”
Past Daily (Audio)
YouTube: Subway Sect – Peel Session 1977