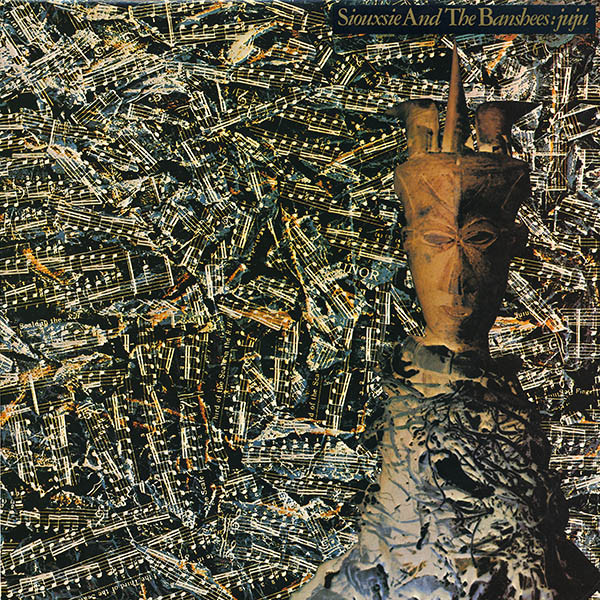 “In 1981, British rock was in a transitional phase. Punk had, by then, all but completely faded out, and new wave and post-punk were shaping fresh ideas of how rock could sound. It was in this environment that Siouxsie and the Banshees were set to record their fourth album Juju. After going through a lineup change before their previous release, and with guitarist John McGeoch now cemented as an official member, the band was ready to experiment with their sound, to create lyrical and melodic concepts that would mesh together cohesively as one work. The band created and molded the songs for Juju while on tour, working the songs out live and letting them take the dark, theatrical, romantic shape that would give the album its singular sound, the final product of which would help define the subset of post-punk that would come to be known as ‘goth rock.’ In this episode, we discuss this move from punk to post-punk, detail the Banshees’ stylistic choices and conceptual soundscapes, and (surprise) have a conversation about feminism and punk rock. …”
77MusicClub (Audio/Video)
Dissecting the deathly mystique of Siouxsie And The Banshees (Video)
Why Siouxsie And The Banshees’ ‘Juju’ Casts Such A Potent Spell (Video/Audio)
Siouxsie And The Banshees: “We were losing our minds”
W – Juju
amazon
YouTube: Into The Light, Spellbound (Official Music Video), Arabian Knights (Live), Voodoo Dolly (Live)