“It’s true that Cabaret Voltaire‘s first two proper studio albums hardly match the greatness of later works like Red Mecca, 2 X 45, and even 3 Crepuscule Tracks. Despite this, both Mix-Up and The Voice of America — rather similar records that were released back to back in 1979 and 1980 — only helped solidify Cabaret Voltaire‘s status as an integral part of the extended frisson of 1978-1982 post-punk, so if they had ceased to exist before their best work, it would still be very correct to refer to them as ‘important.’ … Mix-Up, their first album, impressively harnesses noise, primitive rhythm box percolations, tape loops, garbled vocals, and blasts of Farfisa. ‘Kirlian Photograph’ is an ugly slab of dub with frizzling snaps of white-heat buzz, clunky percussion, and a plodding bassline forming its skanking, roiling rhythm. Both the bass and incidental vocals are relegated to the back of the mix as the piercing detritus takes center stage. … For all the manual binning and sandblasting of rock’s elemental properties, the band could take an acid-damaged rock song like ‘No Escape’ and make it sound even more damaged while retaining its spirit, nerve, and structure. The remainder of the album hisses and hectors in a similar fashion, tidily bundling pop-song length pieces that will do nothing for that headache of yours. …”
allmusic (Audio)
W – Mix-Up
iTunes
YouTube: Mix-Up 6 videos 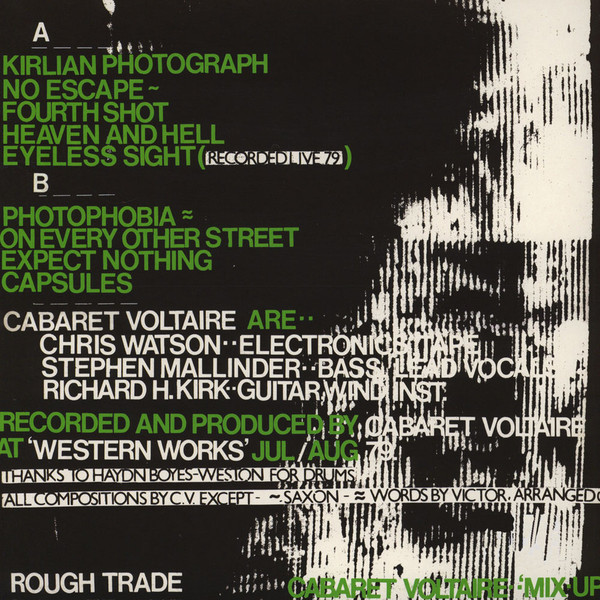