“Though born of the punk moment, ethos and conviction, the debut of Wire on Pink Flag—conceived, executed and produced as a full work, rather than conforming to the era’s focus on DIY sound or singles simply strung together—has as much to do with punk as cheese does with giraffes. From its fast-and-furious, stripped-to-the-bone approach to its fleetingly short, often fragmented songcraft (21 tracks in less than 36 minutes); from its intentional dissonance without eschewing melody or big production values to its precision-driven stops and starts and the detached, acerbic wit of its abstractionist lyrics, Pink Flag sounded like nothing else of its time, in its time and—dare we say—in this time, 40 years later. ‘It was deliberate, we were deliberate—even though we hadn’t done this before,’ says guitarist/vocalist Colin Newman of Pink Flag’s sonic assault and modern primitivism. The album happened so quickly after the quartet’s formation that you can’t help but guess that such haste added to the persistent aggression—an artful minimalism with no display of, or interest in, rock ’n’ roll. The sense of urgency and experimentation that informed Wire’s 1977 debut would also figure into the band’s evolution. …”
MAGNET Classics: The Making Of Wire’s “Pink Flag”
W – Pink Flag
Wire’s Pink Flag
YouTube: Pink Flag (full album)
YouTube: Pink Flag 21 videos 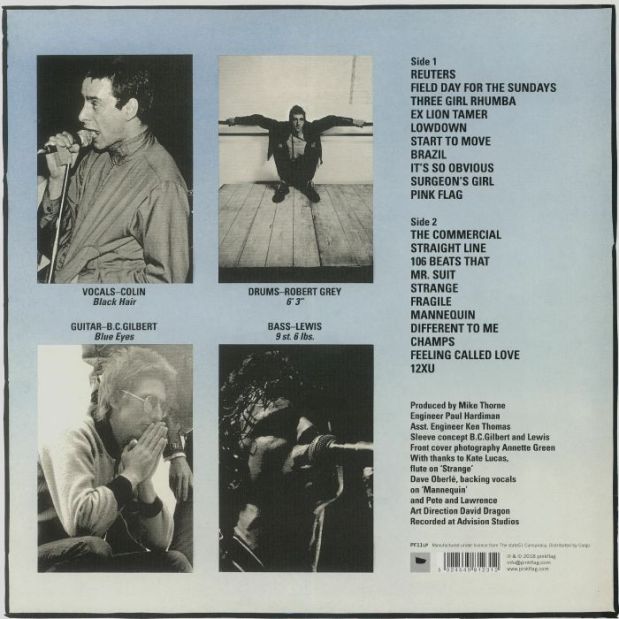