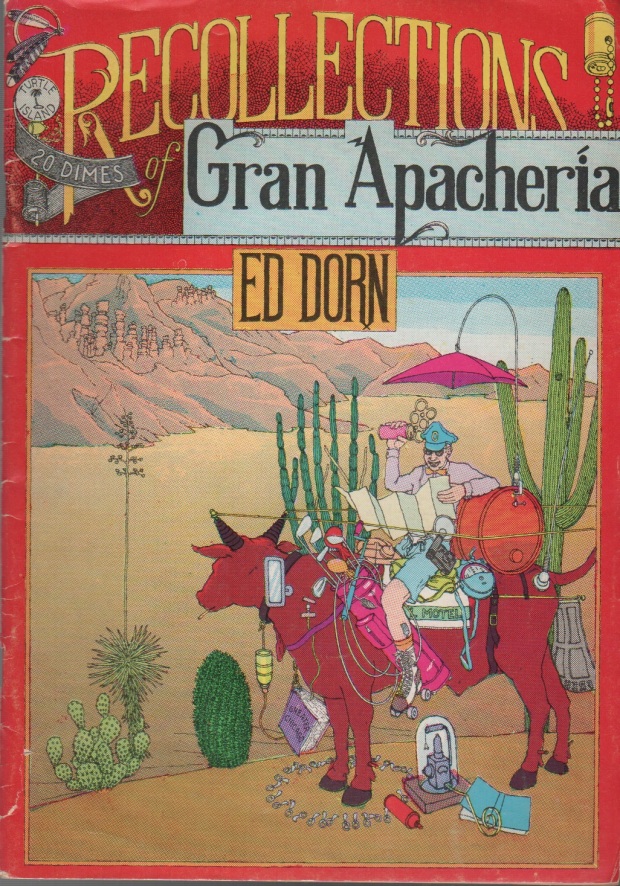 “Edward Dorn (1929–1999) wrote poetry, fiction, non-fiction, journalism, and translations, all from a position outside the centers of power of our time but close enough to see them clearly and to indict their control over our lives. This same position — that of the outsider able to see into the heart of the contemporary world — has been occupied by some of the most incisive and persistently valuable critics of American culture, such as Henry David Thoreau, Mark Twain, Ralph Ellison, and Charles Olson. Like these writers, Dorn takes as the central obligation of a citizen’s life the task of finding out exactly where one stands — geographically, politically, and spiritually — in order to maintain a critical distance from coercive institutions and to honor the integrity of one’s own sense of things. … In his next book, Recollections of Gran Apachería, Dorn presents the Apaches as noble ‘not in themselves / so much as in their Ideas.’ Apache thought, like the Gunslinger’s, arises from dwelling undistractedly in a timeless, local space, defined by actual geographical features: ‘Their leading ideas / come directly from the landform.’ Western culture, in contrast, wants to control everything through the abstract force of predictive reason, which Dorn labels ‘Mind.’ Mind is a deadly tool in the wrong hands, and Dorn distinguishes it from the thinking practices of people who think with the landform. …”
Jacket2: Introduction to Edward Dorn
Tom Clark: Geronimo in Exile (Edward Dorn: Recollections of Gran Apacheria)
Wordplay this week: Ed Dorn
Ron Silliman: Way More West: New and Selected Poems
amazon: Recollections of Gran Apachería