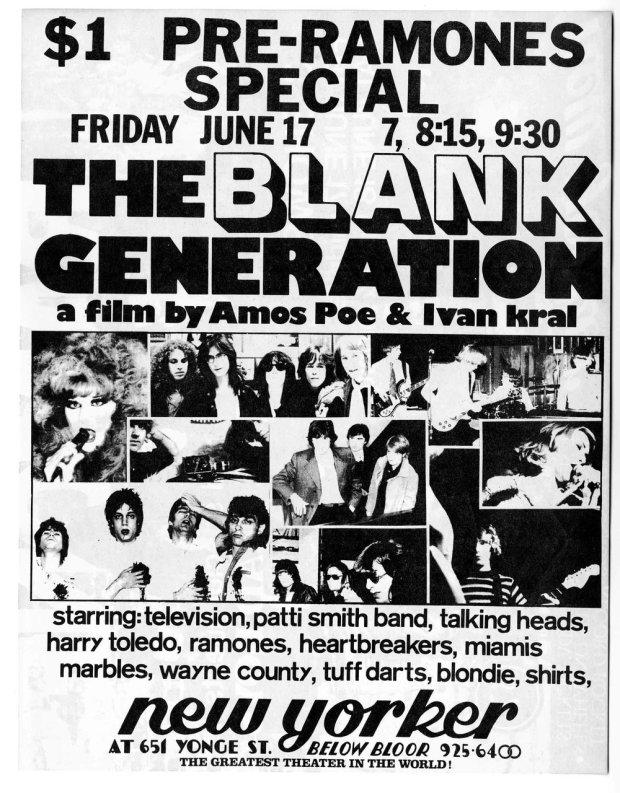 “Fans of bratty New York punk-turned-serious writer Richard Hell or schlocky German horror director Ulli Lommel or—why not—both, will likely know of Lommel’s 1980 Blank Generation, a film unremarkable except for its casting of Hell and his excellent Voidoids as feature players. (Their debut 1977 album and single are also called Blank Generation.) The movie, as a reviewer puts it, ‘seems as if each member of the production was under the impression they were working on a different film than the rest of their collaborators…. You can’t help but think that something more watchable could be produced out of the raw footage with a good editor.’ One might approach an earlier film, also called Blank Generation—the raw 1976 documentary about the budding New York punk scene above—with similar expectations of coherent production and narrative clarity. But this would be mistaken. …”
Open Curture (Video)
W – The Blank Generation
Voice: Punk Icon Richard Hell Looks Back at “Blank Generation” Forty Years Later