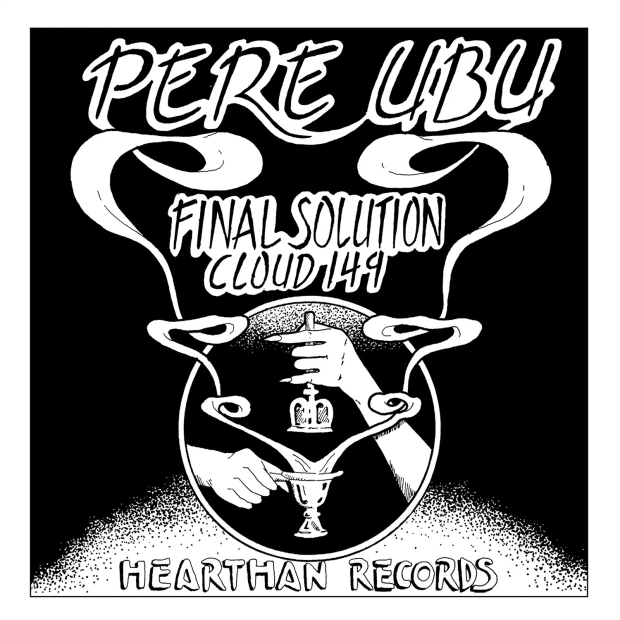 “It’s difficult to believe that ‘Final Solution,’ the A-side of Pere Ubu’s second self-released single, was recorded in 1975; no one back then was making music that sounded like it, and for that matter, very few bands in Ubu’s wake did either. It wasn’t so much the sound of the future as it was a distressed, twisted reflection of the band’s immediate environment. Sometimes absurdist, sometimes harsh and chilling, ‘Final Solution’ — like much of Ubu’s early music — was essentially the sound of the bleak industrial wasteland that was Cleveland, OH, in the ’70s. It was also the sound of the alienated misfits who lived there — singer David Thomas’ character in the song is ugly, unbalanced, and seeking escape and release in rock & roll. Despite the title, ‘Final Solution’ was never intended to evoke memories of the Holocaust; it was actually Thomas’ play on a Sherlock Holmes story called The Final Problem. When some later punk bands employed Nazi imagery for shock value, Ubu dropped the number from their repertoire to avoid any confusion. It’s debatable as to whether the lyrics of ‘Final Solution’ even support a reading that dark. On the one hand, its angst sounded so frantic and claustrophobic, and the dissonant noise of the band so furious, that it was easy to hear suicidal implications in the song’s title and chorus. …”
allmusic
Genius – Final Solution (Audio), Cloud 149 (Audio)
Discogs
YouTube: Final Solution, Cloud 149