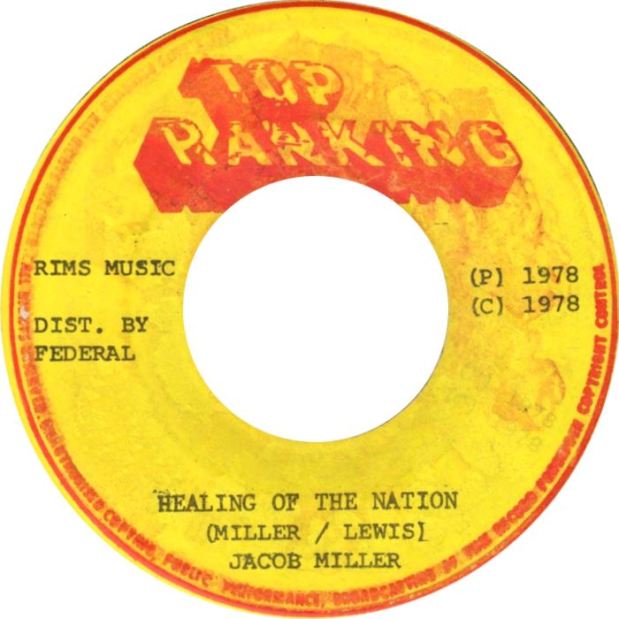 “Jacob Miller returns yet again to one of his favorite themes, the legalization of ganja for ‘Healing of the Nation’. This time around he addresses himself directly to the Jamaican government, with a series of respectful and well reasoned arguments. ‘You no fight against the rum-man, you no fight against the wine-man, you no fight against the cigarette smoking, yet you know, yes you know, these things give cancer.’ Instead, the Jamaican government expends vast amount of   resources chasing down and jailing the colliemen, when in fact, according to Miller, collie cures cancer. There’s little, if any research, to support that claim, but still the singer has a case to make  when he declares that an end to criminalization would bring about a healing of the nation. …”
allmusic
Genius
W – Jacob Miller
Discogs (Video)
YouTube: Healing Of The Nation / Dub