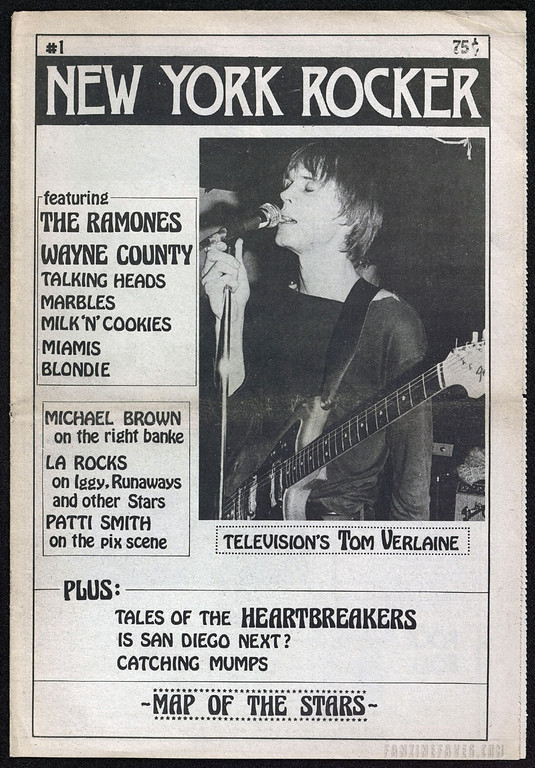 “New York Rocker published 54 issues between 1976 and 1982. They had a small staff, no more than a half-dozen full-time at most. The peak of its circulation was around 35,000 copies a month. But as they say, it was incredibly influential. And more than being influential, it was just a great paper. And it still is, if you can find the back issues. The writing is excellent, the tone is smart and punchy, and it’s also deadly serious. They covered national stuff really well but also managed to stay really hyper-local. Especially as the paper went on, its correspondents weren’t just fans active in their own cities and scenes, but also fans of a truly remarkable breed. In one issue, there’s a photo of a Sex Pistols gig, and the photo credit is ‘Steven Morrissey,’ who ran the band’s fan club. Another issue has scene reports from Cleveland credited to James Jarmusch. In 1981, they gave R.E.M. their first national press which allowed the band to trademark its name. Time and time again, they were on top of things, in a totally sincere, uncynical, and self-aware way. They charted what’s now blurrily called American indie rock, but they also had a pretty major hand in inventing it. It’s a really dated name now, New York Rocker. …”
PERFECT SOUND FOREVER
NY Rocker
New York Rocker: The Covers (1976 – 1982)
W – New York Rocker
amazon: New York Rocker 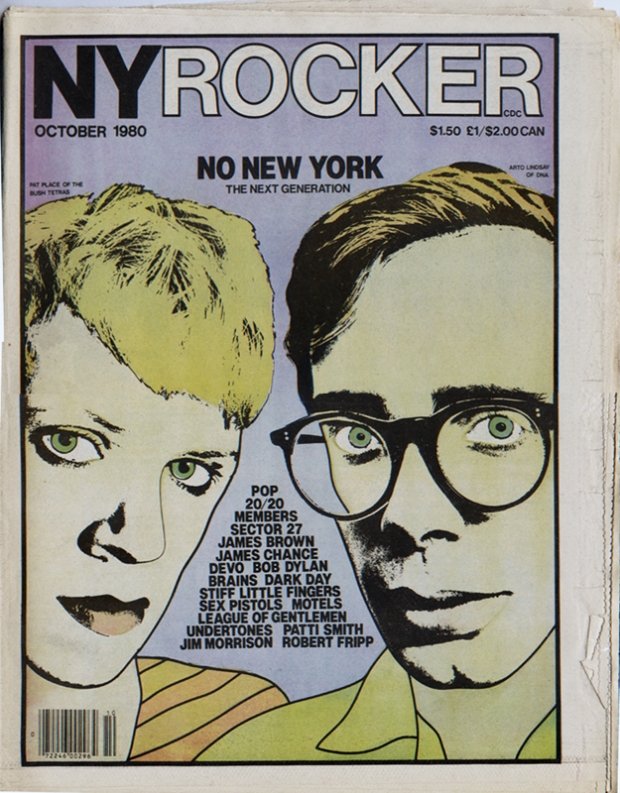