“The Feelies formed as a four-man rock band in a New Jersey suburb whose biggest 20th century shakeup was a textile strike. They wrote some original material and learned a couple of Beatles songs. They took their show 20 miles southeast to Hoboken, drove to Manhattan under the Hudson River, tucked in their shirts, pushed their glasses up on their nosebridges, and unleashed a kind of hypnotic punk-lite so buttoned up that it sounds choked– like they counted to four and grabbed an electric fence. Did I say the Feelies are a rock band? I misspoke. They’re a particle collider. Crazy Rhythms, their 1980 debut, has none of the attitudinal markings of rock– no looseness, no swing, no danger, no laughs. Its cover– a band portrait on a sky-blue void, echoed 14 years later on Weezer’s ‘blue album’ — is bland and eerie. It looks like a misplaced rendering of four boys whose closest contact with rock music came from fixing radios. The title of the album appears as some innovative form of non-joke. …”
Pitchfork
W – Crazy Rhythms
W – The Feelies
allmusic (Audio)
Discogs (Video)
YouTube: Crazy Rhythms (Live)
YouTube: Crazy Rhythms” – Full Album 10 videos 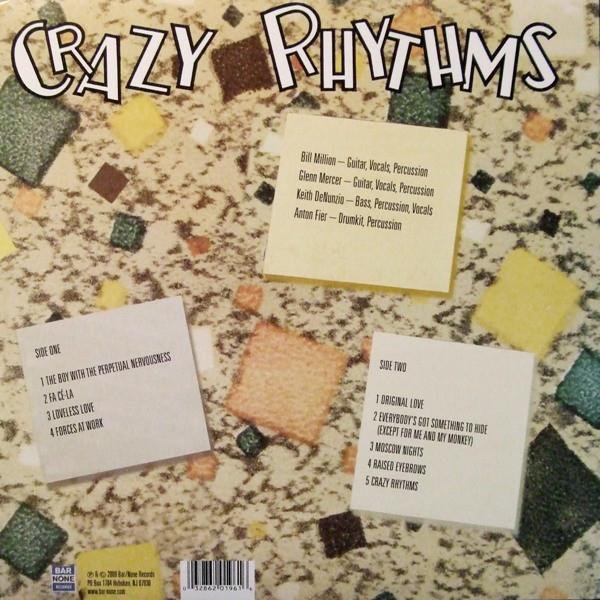