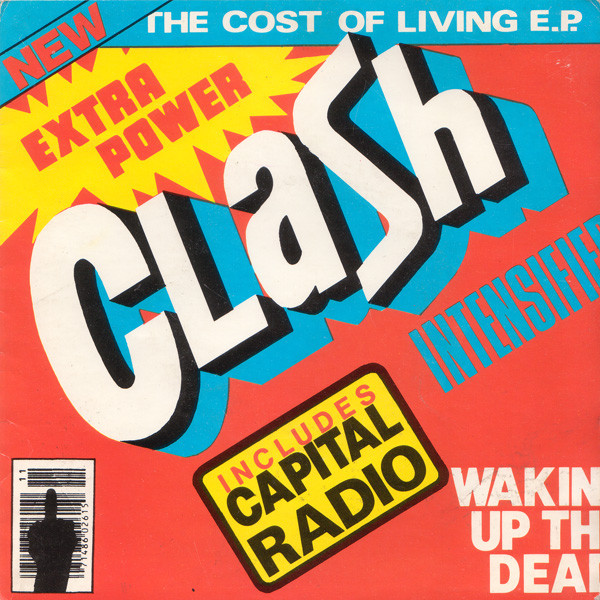 “The Cost of Living is an EP by the English punk rock band The Clash. It was released on 11 May 1979 in a gatefold sleeve. The EP was produced by the band and Bill Price, it marked a transition in musical styles for the band, bridging the intensity of their earlier, punky albums with the broader, more American influenced rock and roll yet to come on London Calling, most evident on the folk rocking ‘Groovy Times‘ and ‘Gates of the West’. The Clash’s cover of Sonny Curtis‘ ‘I Fought the Law‘ became one of the definitive recordings of the song, and remained in the band’s live set list for much of the rest of their career. Joe Strummer also performed it with his later bands, including during his stint with The Pogues. The early single ‘Capital Radio‘ was re-recorded because the band learned that copies of the original Capital Radio EP were selling for high prices. ‘Capital Radio’, later listed as ‘Capital Radio Two’, is much longer, mainly because of a protracted outro. …”
Wikipedia
Genius (Audio)
Discogs (Video)
YouTube: The Cost Of Living 13:45