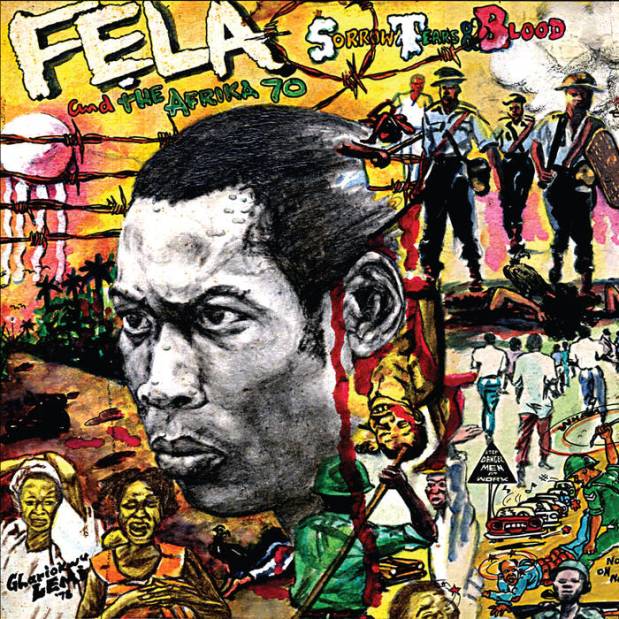 “Fela wrote the title track of this album as a response to the Soweto Uprising of 1976 in which thousands of South African students protested the forced teaching of Afrikaans, the colonial language of Apartheid. During the uprising and the ensuing riots, hundreds of students were killed. The song calls out killings that have gone on in the name of authority and totalitarian rule as well as the instruments of repression of colonial Africa – the police and the army. In this way the song indirectly references the brutality that Fela and his family have experienced in the series of raids on his family compound, the Kalakuta Republic. The musical composition parallels the somber tone of the lyrics; focused and direct, the track avoids the bombastic funk of many of Fela’s compositions. ‘Colonial Mentality’ follows in the same manner, pointing out that those who wish to live in a post-colonial mentality are in essence living as slaves. Musically, the Africa 70 returns to a more funk and jazzy grooves while relaying a pertinent message to those who looked to Fela as a leader of the resistance.”
bandcamp (Audio)
W – Sorrow Tears and Blood
Discogs (Video)
YouTube: Sorrow Tears & Blood (Original Extended Version), Colonial Mentality