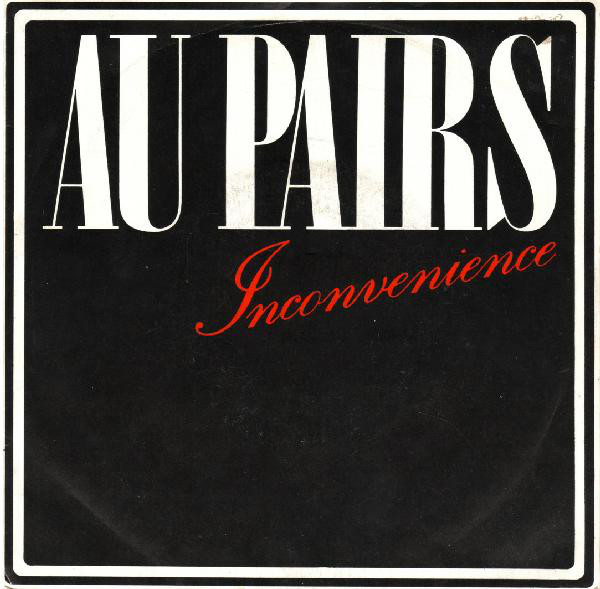 “Blasting into the post-punk consciousness with a tremendous debut album, the Au Pairs, fronted by lesbian-feminist Lesley Woods, played brittle, dissonant, guitar-based rock that shared political and musical kinship with the Mekons and (especially) the Gang of Four. The music was danceable, imbued with an almost petulant irony, and for a while, very hip and well-liked by critics. Unlike many bands of the day, however, the Au Pairs (at least initially) backed it up with searing, confrontational songs celebrating sexuality from a woman’s perspective. Also, they took swipes at the conservative political climate sweeping England after Margaret Thatcher’s election as Prime Minister. Occasionally, Woods‘ commitments to sexual and social politics made her sound inflexible, doctrinaire, and hectoring (especially on their OK second album). But, at first blush, the Au Pairs were a mighty intimidating proposition, able to take on so much and deliver great music in the process. After a desultory live album in 1983 (Live in Berlin), the band split up, and Woods and her bandmates have maintained a low profile. ”
allmusic
Genius (Audio)
Discogs
YouTube: Inconvenience / Pretty Boys 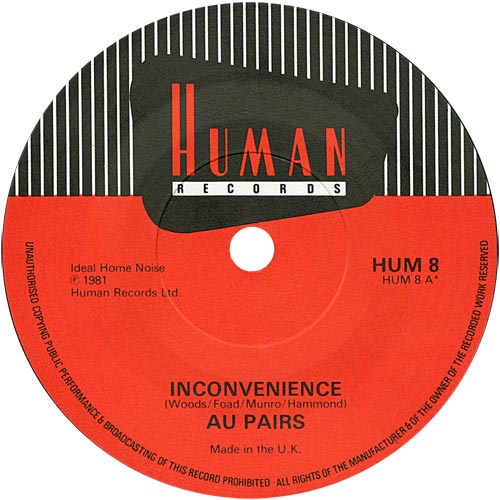