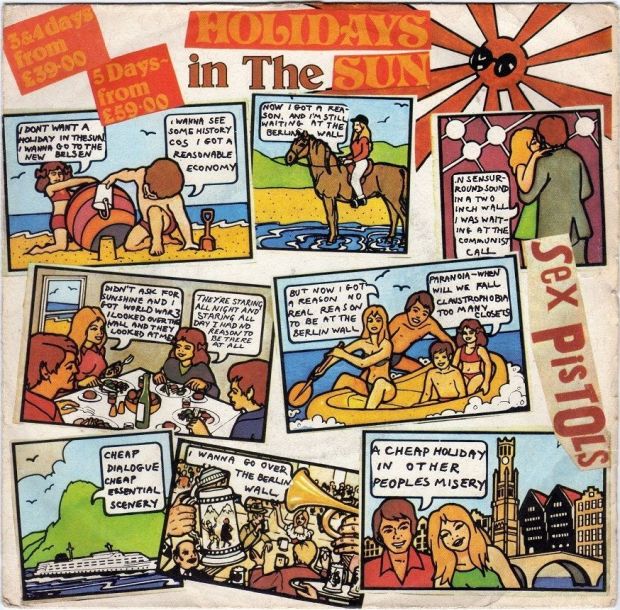 “‘Holidays in the Sun’ is a song by the English band the Sex Pistols. … The song was inspired by a trip to the Channel Island of Jersey: ‘We tried our holiday in the sun in the isle of Jersey and that didn’t work. They threw us out.’ That trip was followed by a couple of weeks spent in Berlin. Although they described the city as ‘raining and depressing’, they were relieved to get away from London. Said John Lydon, ‘Being in London at the time made us feel like we were trapped in a prison camp environment. There was hatred and constant threat of violence. The best thing we could do was to go set up in a prison camp somewhere else. Berlin and its decadence was a good idea. The song came about from that. I loved Berlin. I loved the wall and the insanity of the place. The communists looked in on the circus atmosphere of West Berlin, which never went to sleep, and that would be their impression of the West.’ …”
Wikipedia
Genius (Audio)
YouTube: Holidays In The Sun