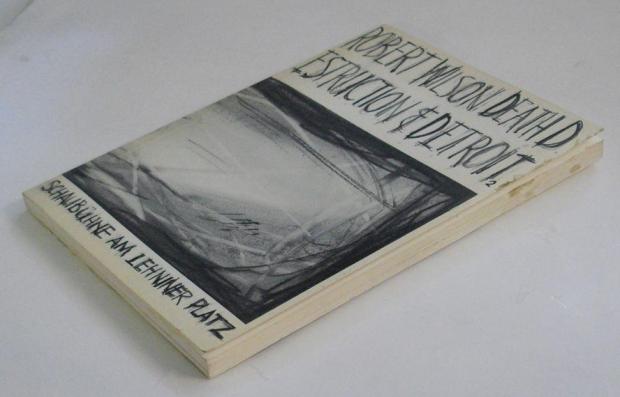 “Death, Destruction and Detroit (DD&D) started with a photograph to which Robert Wilson was inexplicably attracted.  He kept it on his desk in New York and unknowing of what it depicted.  It was not until a studio visitor told him that the image featured Rudolf Hess in Berlin’s Spandau prison, with two other Nazi war criminals, half-heartedly and one-handedly raking leaves.  This rare photograph was reimagined as the prologue to DD&D, starring the famous German actor Otto Sander (1941-2013).  Other iconic scenes from DD&D include the actors Philippe Chemin and Heike Pfitzner, lounging in “Beach Chairs” (designed by Wilson) on a roof over New York City, while the city below is burning; and Hess (Sander) as Siegfried fighting two dinosaurs.”
Robert Wilson
LA Times: Apocalypse Is Here, and It’s Gorgeously Inviting