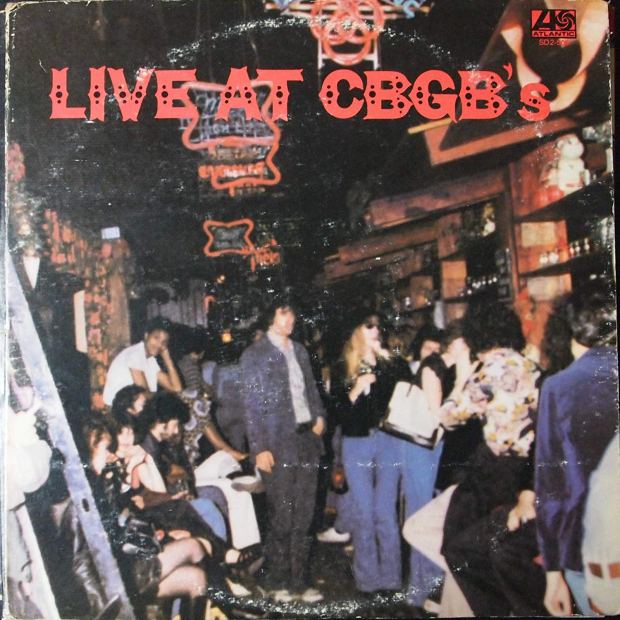 “This is it, the classic double LP from CBGB’s that was instrumental in putting national focus on the ‘new wave,’ a brilliant handle comparing the next generation of garage and underground rockers to French cinema. Warren Stahurski may not be a household name, and the band that he fronted, Manster, shares the same fate, but Manster’s quirky cover of the Yardbirds‘ “Over, Under, Sideways, Down” is charming in this setting. Robert Gordon launched from the Tuff Darts, and his penchant for rockabilly lost him some of those fans who were turned on by ‘All for the Love of Rock & Roll’ or the even more notorious ‘Slash” — bookends that open and close the four sides comprising Live at CBGB’s: The Home of Underground Rock. Annie Golden put a voice to the highly experimental pop of the Shirts, and Capitol Records snapped them up along with Willy ‘Mink’ DeVille. The Shirts’ ‘Operetico’ is still novel today. They, the Tuff Darts, and DeVille get three songs each of the 16 spots available, and there are two each for Laughing Dogs and Manster, while Sun, the Miamis, and Stuart’s Hammer are fortunate with the inclusion of one track each.  … Tom Verlaine‘s manager, Terry Ork, is thanked, but the exclusion of that band, as well as Patti Smith, Blondie, and other eventual stars, was a serious oversight. A minor act but potent force, Wayne County also deserves his/her 15 minutes for the sake of history. Maybe tapes that are sure to exist will surface and expand this amazing project. Until that time, one of the ultimate hate songs, ‘Slash,’ has Robert Gordon belt out the immortal line ‘I’d rather slash my wrist and cut my throat than spend the night with you,’ concluding this pioneering compilation. It was a historic moment in rock & roll, and this document is a time capsule treasure of the musical movement as it was evolving.”
allmusic (Audio)
Discogs
Spotify, amazon
YouTube: Tuff Darts / Robert Gordon – Slash, MINK DEVILLE – Let Me Dream If I Want To (Amphetamine Blues), Change It Comes, Cadillac Moon, Poe – The Shirts 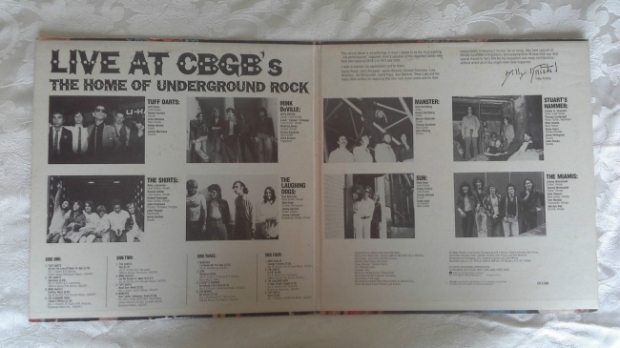