“Stahlmusik is the debut album of the German Industrial band Einstürzende Neubauten. One of the earliest and rarest Neubauten albums, Stahlmusik was recorded live-to-tape in a pillar of the Stadtautobahn Bridge in West Berlin on June 1, 1980, and was released on cassette in October via Blixa Bargeld‘s ‘Eisengrau’ shop, where the earliest incarnations of the band would often rehearse. Musically, the sound of the album is more conventional than the band’s next album, Kollaps, mainly because of percussionist N.U. Unruh had not yet abandoned his drum-kit for the miscellaneous scrap metal of later releases; The songs are more akin to the material on the double 7″ Schwarz, released prior to Kollaps but nearly a year after Stahlmusik, in particular, the EP’s title track. …”
Wikipedia
Discogs
YouTube: Einstürzende Neubauten 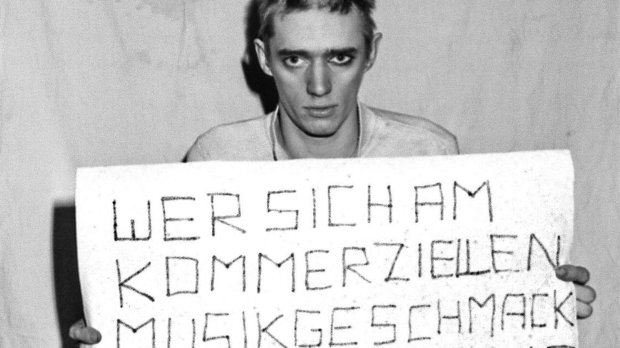