“There are some moments in the making of music when the boldest thing a player can do is nothing—or, to use the phraseology of Robert Fripp, ‘contribute silence.’ That point is driven home in gripping fashion by ‘Horizontal Hold,’ the second track on the self-titled debut album by British experimental trio This Heat, first released in 1979 and just reissued by Light in the Attic Records along with the rest of the band’s slim catalog (a two-track EP and a second album). Here’s what happens: Guitarist Charles Bullen, keyboardist Gareth Williams and drummer Charles Hayward have locked into an explosive groove full of distortion and hi-hat sizzle. The music’s heavy doom quotient is further enhanced by the lo-fi ambience; parts of the album were recorded on cassette tape in an abandoned meat locker, and you can kind of tell. Suddenly everything stops, as if someone had just cut the mains, and for two seconds all you can hear is the ringing in your ears. The band then returns to its previous noisy business, only to be cut off again twice more in short order. It’s clear that the interruptions are intentional, produced simply by turning a master fader all the way down, but realizing this doesn’t lessen its impact. On the contrary, the abrupt disappearance and reappearance of sound has turned into a memorable hook. Absence becomes presence. …”
Absence Becomes Presence: The Explosive Experimental Punk of This Heat
The Quietus
W – Health and Efficiency (EP)
Discogs
amazon
YouTube: Health And Efficiency [FULL ALBUM] 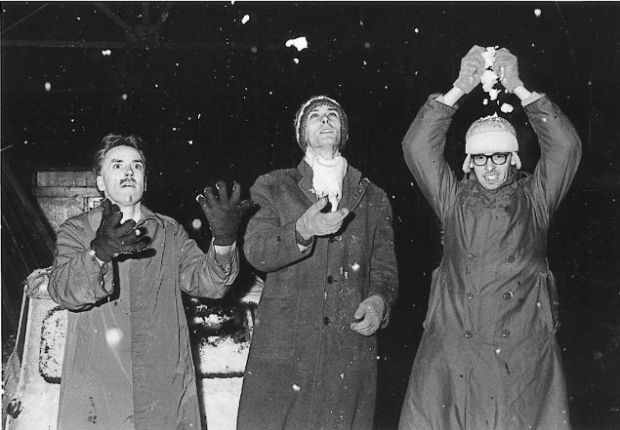